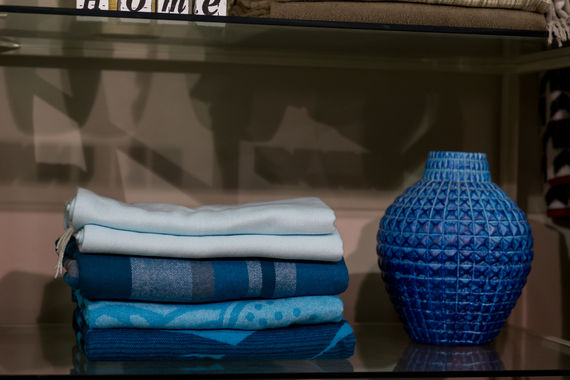 ‘Kobo ke bophelo’, isiSotho for ‘the blanket is life’, is a Basotho mantra that epitomises the journey and mission of Randfontein blanket maker Aranda Textiles. It lays proud claim to being the source of the much-loved Basotho Heritage Blanket that is central to life and culture in Lesotho.

With roots that stretch back to Tuscany in Italy, revered in the fashion world as a leading source for quality textiles, Aranda holds the values of heritage and excellence very dear.

However, no amount of history and tradition could protect the business from the onslaught of cheap, imported products that have decimated the local industry over the past 20 years.

Company CEO Nicola Magni, whose father started the business in 1953, describes the impact of these cheap imports as “the single most destructive force in the textile industry”.

This recognition of the global impacts in no way softens the blow the business has endured due to global competition and rapidly changing consumer tastes.

Magni says Aranda is one of last remaining blanket manufacturers in the country that is still involved in the entire production process from raw material to finished product.

“If we have to take Aranda as a fully vertical plant that does its own spinning, weaving and so on, I would probably guess that we are the only one left,” he says. “We have shrunk our business from the good old days, so we no longer employ the number of people we did 20 years ago.”

The decline in staff numbers is not for a lack of adapting to market changes. The company has kept up with consumer demand by developing new product lines and has diligently invested in new machinery to remain competitive.

This focus on remaining competitive was given a boost when the CTCP’s Production Incentive Programme (PIP) was introduced, allowing the company to step up its modernisation and productivity efforts.

“I would say it loud and clear that this programme has been a blessing because it has allowed us to continue to reinvest in the plant,” Magni says. “And, in general, our plant is a very modern factory today, but the programme has been of tremendous assistance. It has been a really positive thing that has happened in this country.”

Aranda used the funding available from PIP to acquire new machinery – most of which had to be imported – which allows it to produce a wider range of blankets, more efficiently

Given the specialist nature of the machinery it uses, this is an expensive exercise and one that any manufacturer has to do continuously to remain competitive.

As is always the case, new machinery also introduces the need to train staff to get the most out of the investment in new equipment. Upskilling staff has also helped Aranda retain staff numbers at current levels, which would have been threatened if they had not modernised the factory.

Magni says training is an important aspect of Aranda’s business philosophy, which is embodied in the Aranda Education College. This initiative is used to grow the skills of staff in textiles manufacturing, and related fields.

While the impact of PIP is evident in the protection of jobs and increased productivity and competitiveness, it could be argued that the true value to Aranda Textiles has been the ability to keep alive the rich traditions held so dear by citizens of the Mountain Kingdom.

Heritage and tradition, after all, should be guarded as closely as the economic benefits of profitable, well-run businesses.