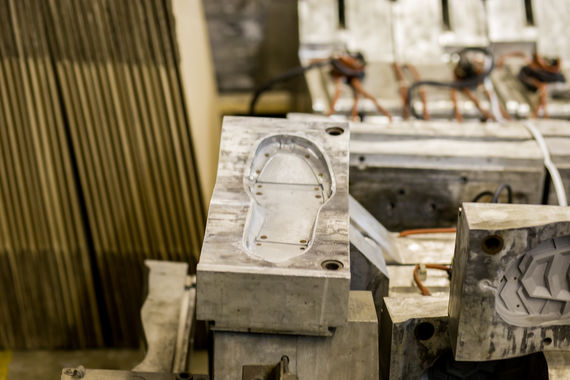 “The PIP programme allowed us to invest in equipment that really did make us a world class operation,” comments Rajeev Pattundeen, MD of Palm Footwear in Durban.

He took over the family-run business started by his late father who established the business in 1966.

The business has been manufacturing the Trustee brand school shoes for many decades, but has realised enormous production efficiencies that have allowed it to thrive despite the tough conditions the industry has experienced.

The company is no stranger to innovation, having become the first independently owned company in the country to manufacture direct injection moulded shoes for the school market. This set it on its road to success, although the support it received under the Production Incentive Programme (PIP) catapulted it to a whole new level.

It used the available incentives to invest in state-of-the-art injection moulding equipment that has significantly improved its productivity and competitiveness. This success is measured in the 25% saving in leather used and 15% per meter saving synthetic materials.

These savings are considerable because of the leeway it has given Palm Footwear to ride out the industry’s turbulence while posting double digit growth for the past five years. Pattundeen adds that the efficiencies have allowed it to hold its prices steady for six seasons.

This is very attractive to the retailers such as PEP, Ackerman’s and Woolworths that it supplies.

The company has also been able to expand rapidly into the rest of the region, and has set itself the ambitious target of providing every child in Africa with a pair of affordable school shoes through the more than 3 500 outlets across the continent that stock its Trustee shoes.

Such ambitions are fulfilled by the nearly 700 permanent and seasonal contractors that produce the shoes year round. The seasonal staff chip in to help the company fulfil orders during the annual back-to-school season.

Training is an important aspect of the company’s goal of producing high quality, but affordable shoes. One of the initiatives launched in 2016 was a Fibre Processing and Manufacturing SETA-accredited programme offering training in business administration, office administration and production processes.

Through this programme, 220 learners both within the company as well as the surrounding community who had a matric qualification received the training that could be open the door to them studying further a university or college.

In addition to this skills development initiative, Palm Footwear participates in numerous CSI programmes such as its extensive nutritional programme co-ordinated by local school principals. It also supports a “Bread” Programme that provides a weekly food hamper for child-headed households in the Isipingo area.

Lastly, Palm Footwear has also been collaborating with the Woolworths Foundation to provide a between 7 500 and 10 000 school shoes a year to children who are unable to afford them.

These types of initiatives as well as ongoing training of staff, Pattundeen says, have helped to cement Palm Footwear’s position within the community. “I think that we are able to have an average staff tenure of 25 years speaks volumes of the type of business that we are and the culture in which we operate,” he says.